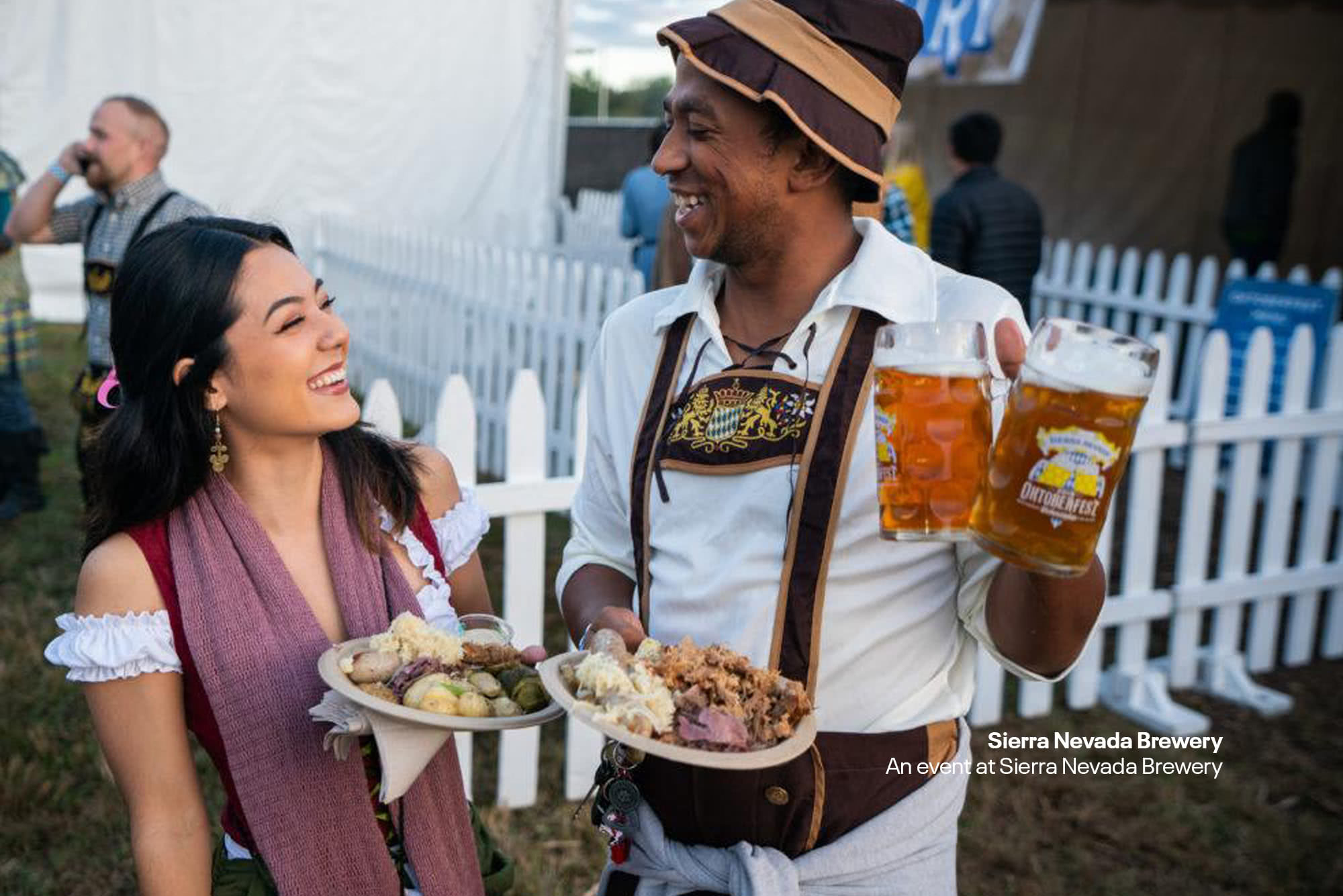 Facebook event promotion is happening in a big way at Sierra Nevada, but that’s not interfering with priorities. The third-largest craft brewer in America started with a repurposed cheese vat and a five-barrel production of Stout. Sierra Nevada has revolutionized how Americans drink  —  and think about  —  beer. But founder Ken Grossman’s vision predates his bottling: He opened The Home Brew Shop in Chico, California in 1976 because beer-making and beer-drinking should bring people together.

Now, four decades later, Sierra Nevada is following through on that vision with breweries in Chico, California and Mills River, North Carolina.

“We have event sites at both of those facilities, and we also have two separate experience teams,” says David Herman, Social and Media Manager for Sierra Nevada. “The field marketing team does partnership events with other programs, and our experiential marketing team does on-site and off-site major experience events for consumers, things like Beer Camp Festival and our Oktoberfest Festival.”

“We’re constantly selling tickets on Eventbrite,” says Herman. “Now, with Eventbrite Boost, advertising those tickets is easier than ever.” 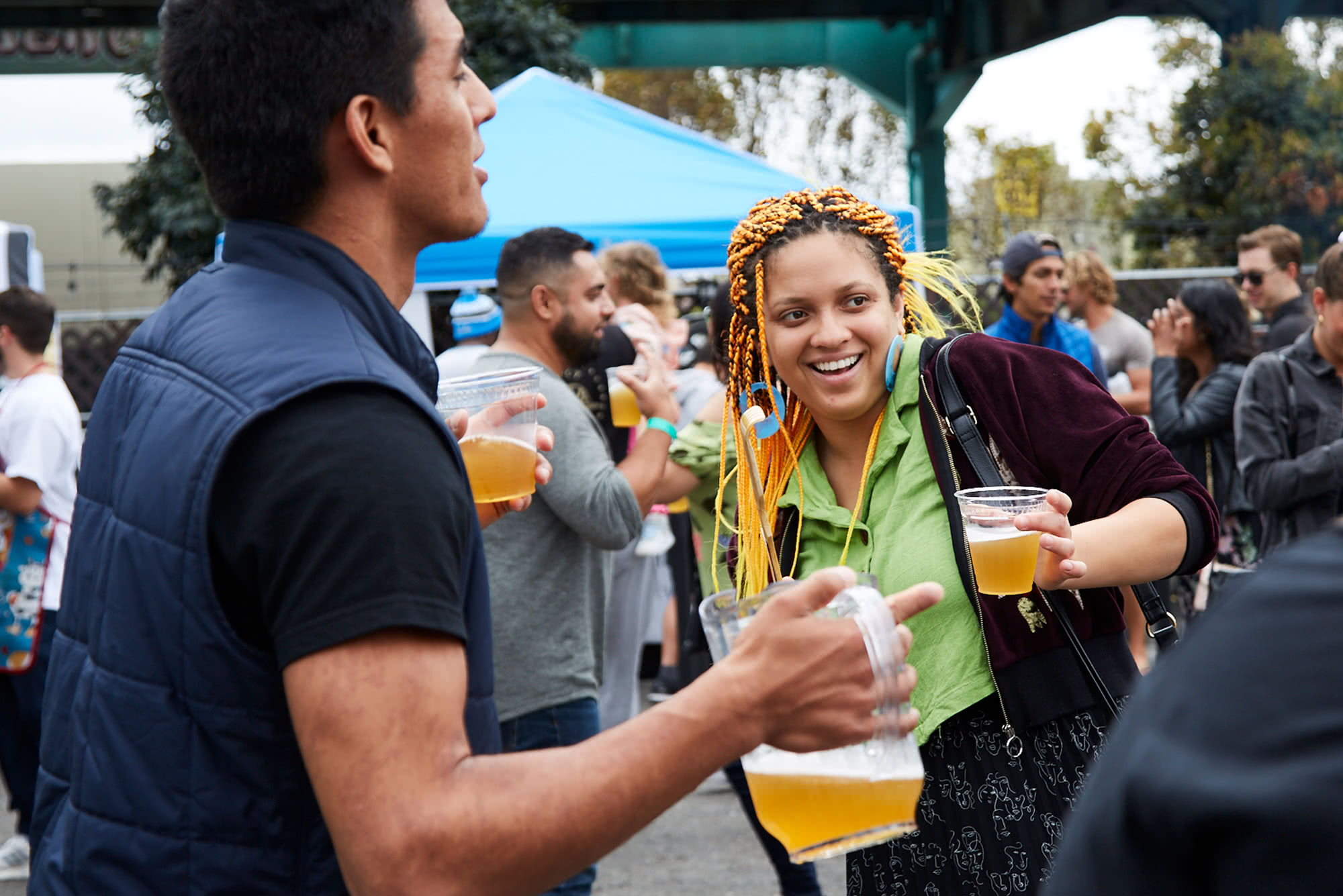 The challenge: Getting the word out to beer lovers

With a packed calendar of events, Herman found himself looking for a way to improve Sierra Nevada’s advertising flexibility and efficiency. He also wanted to increase access to advertising for events at both the brewery’s sites.

Finally, Sierra Nevada is able to pinpoint the power of its campaigns: “We’ve been able to expand the complexity of our advertising with less effort than we had to use before,” says Herman.

Multiple social ad campaigns are complicated to run — especially when you need to present your work to company leaders. Herman needed to be able to explain ticket sales and ads to his colleagues quickly, and Eventbrite’s Paid Social Ads dashboard displays all of Sierra Nevada’s social advertising data in one place.

“It’s a quick and easy story to tell to anyone in leadership,” Herman says.

Sierra Nevada’s Oktoberfest Festival is one of the highlights of the brewery’s fall event season. This Mills River happening includes live music, all the autumn feels, and (of course) beer.

Using Eventbrite, Sierra Nevada built a conversion campaign that ran on Facebook and Instagram. The campaign ran for three weeks, with a budget of $1,875. Its targets: attendees of past Mills River events, along with website visitors, lookalike audiences, and more.

More than 100,000 people viewed the ads and almost 4% of those people engaged. 220 orders resulted from the campaign. Sierra Nevada’s saw a 10 times return on ad spend, bringing in $18,667 and selling out the event early.

“Eventbrite and ToneDen helped us to sell out our Oktoberfest festival at Mills River a month and a half before we had expected to sell out,” says Herman.

The campaign was so successful, Herman had to renegotiate his ads with print and radio to let them know the event had sold out.

“It was a good problem to have,” he says. “Anyone who’s doing social media advertising for events could benefit from this, but primarily it’s going to be people who are operating lean and mean: high-level focus on budget, spend, and efficiency.”

“This is the correct way to be marketing and advertising,” Herman says. “It’s working.”

Eventbrite brings the world together through live experiences. More than 795,000 event creators like you used Eventbrite in 2018 to issue 265 million tickets and registrations. From music festivals and conventions to pop-up dinners and photography classes, events of all sizes use Eventbrite to transform your vision into an experience people will love.

Already a customer? Contact your CSM or get in touch here.